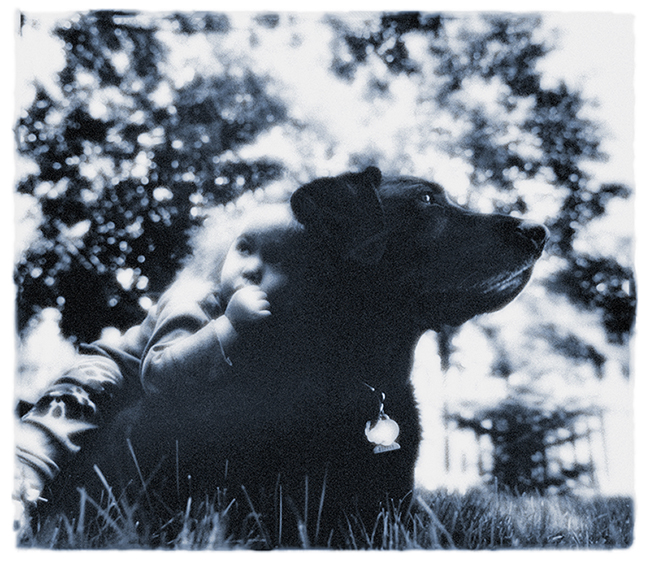 One summer when I was a child, I spend a month in rural Connecticut, where I became friends with a big black dog. One day, after lunch, I found him snoozing on the grass in the shade of a tall tree in front of the house. He looked so comfortable that I lay down beside him and laid my head on his gently rising and falling side. When I awoke, it was as if I had been injected with gentle-big-black-dog love serum.

More than fifty years after that summer in Connecticut, I placed an ad on Craig’s List for a black Labrador Retriever, an American field style dog. I had almost given up hope when a man called and told me he was moving to Albuquerque and could not keep his Lab. He said that he was a duck hunter, that the dog was not named after a Remy Martín, but Remington, the rifle. No matter, I love her with an especial, almost painful fervor.

When I was twenty-three, I worked during the summer as a photographer for the Aspen Illustrated News. One day, listening to the radio in my car, I heard that someone was giving away a black Labrador Retriever. The woman was going to graduate school in Denver and could not keep him. As with Remi all those years later, we shared an immediate, unbreakable bond.

A friend in Santa Fe told me about a litter of Labs of which there was one left. The owner traded me Duke for a photograph that I had taken of the Rio Grande Gorge. Duke often accompanied me when I photographed, and after a time, would sit in front of the camera as if to say, Dad, why aren’t you paying attention to me? So I started photographing him. When Duke died, such a deep, deep wellspring of sorrow poured out of me I thought my heart would break.

In the weeks after Duke died, I ran into people walking their Labs along Chicago’s lakefront. Each one recommended Shamrock Acres, a high quality breeder in Madison, Wisconsin. And that is where we got Slugger. He became the darling of our Graceland West neighborhood. Neither rain, sleet, snow, nor 25º below kept us from meeting friends at Lakeview High School field each night for Doggie Play Group. In the summers, we took him to the dog beach on Lake Michigan. He had a good life in Chicago. 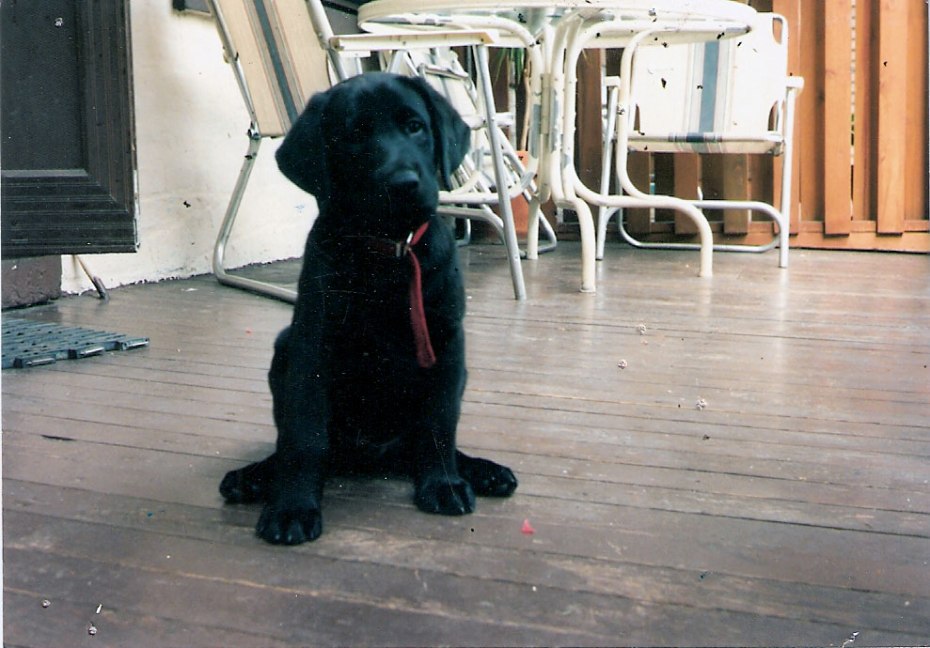 We got Sami—we named her after the Cubs right fielder—to keep Slugger company and help alleviate his post-Chicago blues after we returned to Santa Fe. Sami lived till age fifteen, longer than any of my dogs. Even in old age, she swam in the Rio Grande, slowly, majestically paddling her way back to shore.

Because of Remi I am reminded of my other dogs, whose love and companionship have so enriched my life. I will carry the gentle-big-black-dog-love serum for all my days.

All images are available for sale. Feel free to contact Alex Traube for sizes and cost.